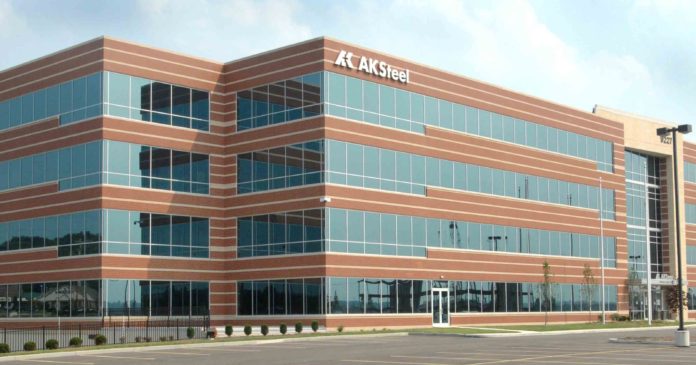 AK Steel Holding Corporation (NYSE:AKS) reported that it intends to announce its 3Q2018 financial results after the close of trading on October 25, 2018. In 2Q2018, the company was able to record substantial free cash flow and earnings despite the bearing of certain operational events. During the announcement of 2Q2018 results, Roger K. Newport, the CEO, expressed that they anticipate that the ongoing strong business environment will lead in enhanced performance in 2H2018 versus the first half and position them strong for resetting many of their yearly contracts later in 2018.

Net sales for 2Q2018 surged compared to the Q2 2017 due to increased selling prices and the impact of the Precision Partners acquisition. In 2Q2017, net income stood at $77.2 million and adjusted EBITDA came at $167.1 million.

The company considerably increased liquidity by around $100 million to $952.1 million in 2Q2018. Liquidity comprised of cash and cash equivalents as well as availability of $908.5 million under the firm’s revolving credit facility.  As an outcome of robust operating cash generation, the firm managed to lower its outstanding borrowings.

AK Steel expects that market conditions will continue to be strong in 3Q2018. Accordingly, the firm expects a jump in flat-rolled shipments of around 5% compared to Q22018. The firm projects relatively flat automotive shipments.

AK Steel expects average selling price a flat-rolled ton of $1,105.  As it is known, the projected average selling price highlights a projected change in mix as an outcome of increased shipments to the converters and distributors market tempering the impact of stainless, electrical steel and automotive shipments at moderately higher selling prices. The company expects planned outage costs of around $8 million in 3Q2018 versus $17.9 million in the previous quarter. Also, the expected improvements in shipments and pricing will be partially offset by the sustained outage of one of the firm’s temper mills.