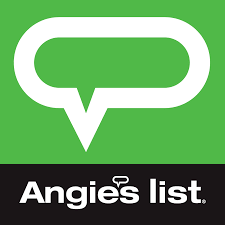 Mr. Howell has been the acting Chief Operating Officer in the online review company for more than two years. He, therefore, has a clear understanding of how the company operates according to Angie’s board chairman, John Chuang. Thus, he was the best-suited candidate to take up the temporary position before the company finds a permanent replacement.

The company’s search for a person to man the helm comes after the resignation of co-founder Bill Oesterle, who had been the acting Chief Executive. He had announced his plans to resign from the position in April so that he can participate in civil issues in Indiana. The company described his decision to leave as well thought out since he chose a time when his attention was increasingly sought after, outside the confines of the company. More specifically, he plans to place his focus on politics.

Mr. Chuang thanked Oesterle on behalf of the company for the service and dedication that he has offered during his term in the office. Oesterle released a short statement where he expressed his pride in the achievements that the company has accomplished over the past twenty years. He also hopes that the firm continues the upward trend.

Angie’s List operates a website where users can hire, research or rate local businesses. The firm runs under subscribership. Thus only allowing access to paying subscribers. However, the firm is working on extending its scope to become a marketplace. The firm reported first quarter owing to declining market costs.

Regardless of recent triumphs, the firm and its employees are growing weary of competition from rival firms such as Amazon.com, Inc. (NASDAQ:AMZN) keeps increasing. In June, the two companies engaged in a court battle as Angie’s List filed a lawsuit against Amazon claiming Amazon had stolen provider lists and other sensitive information from its website.