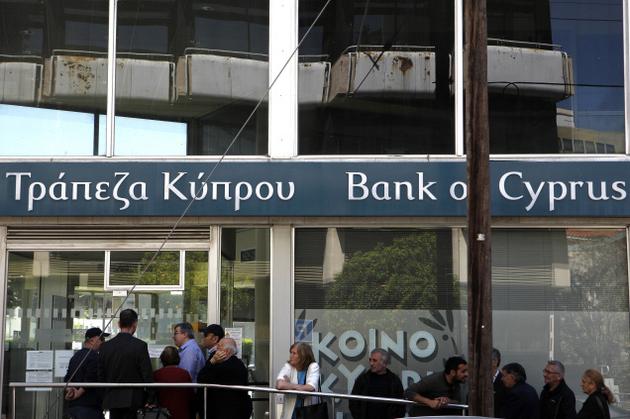 Banks in Cyprus reopened on Thursday, though with strict controls imposed on transactions. This was done to prevent a run on money deposited in the banks. The Cypriots remained calm as they queued up outside banks to carry on transactions as always.

Cypriot banks had remained closed for nearly a fortnight to prevent a cash run, as the country’s Government tried to negotiate its way to a 10 billion Euro bailout package from the Central European Bank, the International Monetary Fund and other European Union Members.

Earlier, to comply with conditions put forth in the bailout agreement, Cyprus had planned to impose a one-time tax on all deposits amounting to more than 20,000 Euro in its banks, leading to anxiety on the part of many small depositors. This proposition was rejected by angry lawmakers in the  Cypriot Parliament, though, which termed it as ‘bank robbery.’ Finally, it was decided that the second largest bank in Cyprus would be shut down, and tax levied on deposits of more than 100,000 Euro.

Though authorities state that emergency measures imposed on banks, such as limits on the amount of money that can be withdrawn by an account holder, are temporary and will be done away with in a week’s time or so, some economists feel that Cyprus’s crisis-hit economy will need such rules to be in place far longer than a week. The stock exchange, which cannot function without banks, is still closed, but this may change later in the week.

As the banks in Cyprus got ready to reopen on Thursday noon, trucks loaded with cash arrived to provide them with money. All banks in countries that use the Euro are supplied by the European Central Bank, which is in Frankfurt. Security was hitched up a notch, and police with rifles were stationed in the bank compounds, while choppers hovered overhead.

The citizens of Cyprus seemed relieved by the reopening of the banks, but were also anxious about the future of their troubled economy. “I feel a sense of fear and disappointment having to queue up like this; it feels like a Third World country, but what can you do?” a pensioner said as he queued outside the Cyprus Popular Bank.

To ensure compliance with emergency economic measures, the Bank of Cyprus, which is the island nation’s largest bank, will review transaction that involve more than 5,000 Euro. Any transactions over 200,000 Euro will be subject to individual review, and on leaving Cyprus, individuals may not carry more than a thousand Euro with them.