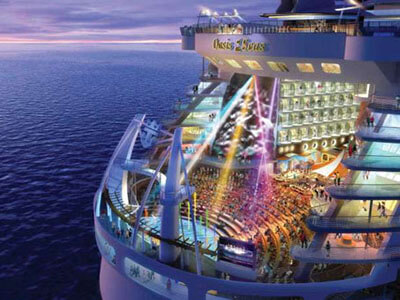 The Miami Port has around ten acres which is covered with concrete, dirt and warehouses. However, it is this very spacious location which is caught in the eye of the storm. The battle is between David Beckham, who can be considered as soccer royalty and Royal Caribbean Cruises Ltd. (NYSE:RCL).

At the heart of this dispute is the choice before Miami-Dade county. The county has to decide if it wants the space to build a hub for cruise ships – which will be the largest in the world or does it want to join the lucrative MLS as its newest franchise.

RCL along with Norman Braman are in favour of the former, while Beckham wants the latter to become a reality.

Money needed to help the expansion of the port.

This piece of land was unoccupied for a number of years. However, the interest of these two parties has now made this the most precious piece of land in Miami.  The county has to decide which plan they want to opt for.

The money obtained from either of these two projects will be used the Miami Port’s expansion. The port is an artificial island situated in Biscayne Bay. Shaped like a cruise ship, it needs to be made wider to coincide with the expansion of the Panama canal. What this means is that, without expansion, the county will not be able to permit large cruise ships to dock there. The port is already battling a drop in revenue.

Experts divided over the proper usage of land.

Some real estate agents feel that a stadium will be the best option for the County. The reason behind the same is that the stadium will pay rent which can be used for the funding of the expansion.

On the other hand, RCL and Braman feel that the land should be used only for port related companies. They refer to the fact that there could be traffic and other logistic related issues in attracting close to 30000 people to the stadium.