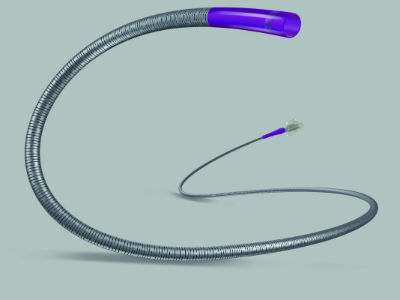 Dallas, Texas 12/12/2013 (FINANCIALSTRENDS) – Boston Scientific Corporation (NYSE:BSX) it appears, has most of analysts on ‘hold’ as one big name after the other, attempts to analyse, deconstruct and arrive at values, for investors to review and decide. Dec 5, 2013, saw Benchmark put Boston Scientific as a stock to hold for investors. So did several others.

Boston Scientific has been preparing itself for major restructuring effective 2014. In the process, it appears to have moved towards new deals to promote and market its products. The recent of such ventures is the deal with The Medicines Company.

Boston Scientific Corporation (NYSE:BSX) with a focus on the long-term growth and in the face of poor third-quarter returns, announced a restructuring phase, effective 2014. The focus will thus include the Plant Network Optimization, improving operational stakes, introducing greater efficiency. Besides, the models that Boston Scientific currently has for the business as well as the commercial activities are to be revisited and evolved for higher results.

A part of the process will also help the company to save on some of the pre-tax costs. This could be between the range of $150 million go $200 million. Further, the overall all gross reduction for the same will be poised at 1,100 to 1,500 on the basis of worldwide use.

In what can only be described as the most prolific of implant devices which can prevent strokes, Boston Scientific Corporation (NYSE:BSX)  has failed to impress the highest regulatory body to endorse the use of the same.

The implant though showing high results failed on a few goals which would prove its efficiency. Apparently on Dec 9, 2013, Food and Drug Administration will relook the other successful parameters and reconsider the device.

The watchman device was developed for a particular condition called – Atrial Fibrallatoin- when the heart shows fatal rate of cardiac rhythm. The device would help in the prevention of blood clotting and is expected to work in the similar way as blood-thinning drugs.

One of the drugs that cardiac patients are required to take in the long term are drugs that prevent the coagulation or the thickening of blood. This condition of blood thickening occurs for several reasons. Hence, an implant which could control ensure the liquidity of blood and prevent coagulation would mean that they are off from life-long drugs such as –warfarin.

Though Watchman was recommended by the advisory panel for FDA in 2009 itself, soon it reversed its approval and recommended more studies to prove the efficacy of the device. Twice clinical trials have failed to establish that the watchman can be as or more effective than Warfarin.

Watchman has been available in Europe since 2005. Boston Scientific acquired this product, when it bought Atritech in March 2011.

Boston Scientific has other news in the pipeline, such as promoting its stents for drug elution with new deals for marketing with other marketing parties.

News of the new deal, which will focus on the both the companies promoting the stent- Promus Premier which helps in drug elution, has set the stock price of Boston Scientific soar.

In turn The Medicines Company will begin to have a higher profile for the cardio products that it offers, while Boston Scientific Corporation (NYSE:BSX) continues promoting its core products.