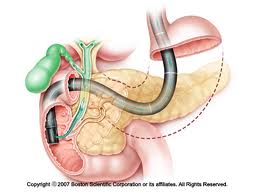 Dallas, Texas 01/03/2014 (FINANCIALSTRENDS) – Boston Scientific Corporation (NYSE:BSX) the $15.9 billion market capped manufacturer of medical devices which are much sought after globally. In the trailing 12 months, it had managed to post sales of $7.13 billion and had accumulated net losses of $168 million in the same operating period.

In its efforts to beat back completion and at the same time increase its profitability, Boston Scientific Corporation (NYSE:BSX) has been actively engaged in improving its market and operational presence in the fast growing emerging markets. The latest move in this regard has been its move to expand its presence in China. When this decision came out in the press in the last week of December, the stock of this large cap medical devices maker jumped up by close to 1.5 percent.

Readers should note that Boston Scientific Corporation (NYSE:BSX) has had a presence in China market for close to two decades now. It had entered the Chinese market way back in 1997 and has also made its presence felt in other fast growing markets of Russia, India and Brazil. This push into the China market seems to be well thought out since independent analysts have pointed out that the Chinese market for Cardiovascular disease treatments is expected to blow up by more than 50 percent between now and 2030. These analyst reports are borne out by official Chinese government statistics which have pegged cardiovascular diseases related death last year at 3 million.

As part of the recently announced plans, Boston Scientific Corporation (NYSE:BSX) is expected to double its sales force in the next couple of years and is ramping up its research and development wing to develop new products which are in line with the needs of Chinese population. It has also gone in for a major training exercise for doctors so that their products get  the required support from the medical fraternity.