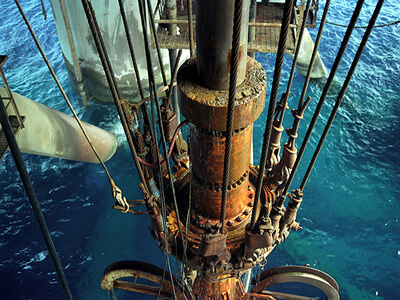 Dallas, Texas 09/05/2014 (FINANCIALSTRENDS) – BP plc (ADR) (NYSE:BP) on September 4, plunged 4.3% on the stock market, following the decision by the District Judge Carl Barbier holding BP guilt of negligence for the Gulf of Mexico spill in 2010.

The Judge ruled that, “Court finds and concludes that the discharge of oil was the result of BPXP’s ‘gross negligence’ and ‘willful misconduct'” under the Clean Water Act, U.S.

BP plc (ADR) (NYSE:BP) was held to be the most responsible for the oil spill at 67% while the other two were registered as 30% and 3% respectively.

But there were no actually naming of numbers as there were no figures revealed on the actual oil spill happening. The experts assume that the liability could now range anywhere from $4,300 per bbl to $1,100/bbl. The highest possible fine on BP plc (ADR) (NYSE:BP) could be in the range of $17.6 billion which was 5 times as the midpoint for the spill.

As the industry continues its search for crude resources, the risks and the expenses has begun to make the recent forays by BP draw negative response.

This will once again open up the pressure on BP on issues of takeover by more profitable players such as Shell or Exxon.

Unfortunately for BP, there is added trouble as one of its key resources, where 30% of the production comes is currently located in the midst of the politically uncertain region of Ukraine at the Rosneft site.

It is pre-concluded that BP will protest the ruling and go on appeal, which will eventually lead to a long drawn legal tussle. This is the reason the share prices plummeted by just 5% over the past few days and not 50% as the ruling should otherwise have caused!