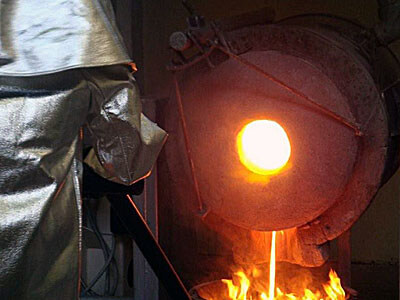 Dallas, Texas 09/12/2013 (Financialstrend) – Brigus Gold Corp (USA) (NYSEMKT:BRD) announced hearty 2013 Q2 results on 12 August. The company has had a very upbeat performance on the operational and financial fronts. It has operations in the Black Fox Underground mine, Black Fox Open Pit mine, Mexico, Saskatchewan, Ontario as well as in the Dominican Republic. The company’s sales rose by 22% and its revenues rose 7% above the 2013 Q1 performance. BRD has brought down its long-term debt burden by $7.3M and has also generated $11M of cash-flow from its operations.

From an operational viewpoint, the company’s gold production for the Q2 rose by 28% in comparison to the 2012 Q2 and its phase-III open pit also started production. The new production is expected to bolster some strong output from the Black Fox mine. The company has raised its gold production guidance for 2013, by 10.5%, from 95,000 ounces to 10,5000 ounces. BRD is also planning to bring down its planned-expenses by $3M and it has already cut down on its workforce at its corporate office and its mines in an effort to improve its bottom-line.

The company reported a $4.9M impairment-loss towards a dip in CanGold shares that it has held since the year 2011. Its current assets have reduced by 19% of the first half of 2013. Once Huizopa starts with production, the company can expect a $4M production over a period of 2 years.

In Wednesday’s trading, Brigus Gold Corp (USA) (NYSEMKT:BRD) rose by 1.05%. The opening price of the shares was $0.56 which rose to an intraday high of $0.58 and dipped to close at $0.575. Approximately 0.611 million BRD shares were traded on Wednesday and the average volume of the company’s shares that were traded over a 30-day period was 0.751 million. The company has a market cap of $133.34 million.