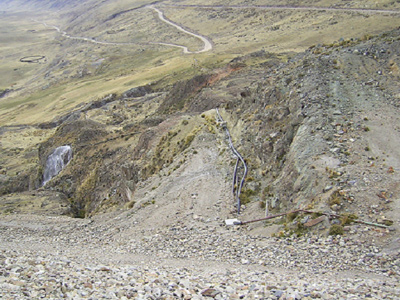 Dallas, Texas 02/28/2014 (FINANCIALSTRENDS) –  Compania de Minas Buenaventura SAA (NYSE:BVN) has announced results for the fourth quarter as well as 2013s full year results. One of the largest metal mining companies in Brazil, BVN reported that the operating income stands at $13.8 million, a figure falling short of the fourth quarter income of 2012 by over 84.

Compania de Minas Buenaventura SAA(NYSE:BVN) also reported EBITDA at US $163.6 million. This was 42 % lower than the fourth quarter of 2012.

Compania de Minas Buenaventura SAA(NYSE:BVN)  in its press release noted that the net sales are $292.0 million, while the decrease is at 29%, which is $411.6 million lesser than the previous quarter in comparison. The reason for the fall in net sales was due to the low metal prices and significant drop in the silver as well as copper volumes which were being sold.

Again, the company also reported that the Royalty Income also decreased to 43%. There was a lowering of revenues at the Yanacocha, which was 42% lower at QoQ.