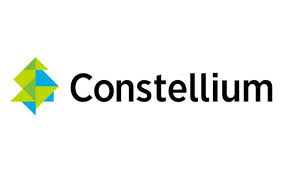 Constellium NV (NYSE:CSTM) released its third quarter financial report on 5th November and it is a real brain twister. The headnotes given in the report seem to paint a good picture about the company’s financial status however reading the report in detail and looking at the fine prints do not exactly corroborate with the headnotes and the statements.

Basically the company is selling more not due to increase in demand but because it has bought more shops. Looking at revenue growth only is highly misleading especially when it can be attributed to acquisitions. Also there has been a significant increase in Administration costs. It is also noteworthy that its main raw material (aluminum) has seen sustained decline in prices over the past one year. Therefore the raw material costs for the company should have decreased and the profit margins increase.

After the Financial report was released the price of the company’s shares rallied throughout November and increased by over 100% from about $3.77 to $8.79. This can primarily be attributable to the positive reports by various analysts who seem to like the increase in revenue and shipments. The company had a one year high of over $20.51 and is currently trading at $8.34. Some of the analysts predict that the shares will rise to over $18, however based on the profit statement of the company it is difficult to justify such prices for the company.