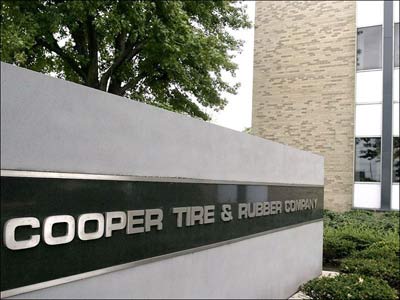 Dallas, Texas 10/31/2013 (Financialstrend) – The $ 1.66 billion market capitalized Cooper Tire & Rubber Co. (NYSE:CTB) declared quarterly dividend of $0.105 per share which will be paid out on December 31. The share holders on record as of December 31 would be paid the dividend. The stock is expected to go ex dividend on November 27. The dividend announcement is not expected to calm the nerves of its investors. This is because of the news that Apollo Tyres is all set to withdraw from the proposed merger with Cooper tires. This became apparent when on October 21, Apollo Tyres submitted before a judge in Delaware that it wants the suit brought up by Copper against it to be dismissed as case without cause.  Readers should note that Cooper Tire had approached the court to direct Apollo to proceed with the merger plans between the two companies when Apollo failed to complete the merger as per an earlier merger agreement.

Analysts firms like KeyBanc  have warned that Cooper Tire & Rubber might experience sever shorting at the markets if the deal does not go through. It has predicted a price point of $17 compared to its current price of $26 per share  if the acquisition does not go through.

The spanner in the merger occurred when it transpired that Apollo tires wanted to renegotiate the agreed for purchase price of $2.5 billion. It had sighted “significant and unanticipated costs” which it had not foreseen when it had signed off on the merger agreement earlier. In order to force a settlement , Copper has taken Apollo to court claiming breach of the merger contract.

Since the merger issue started to unravel, the stock has lost close to 15.8% of its market value in the past one month. As of close of business on October 30, the stock was trading at $26.2 per share.