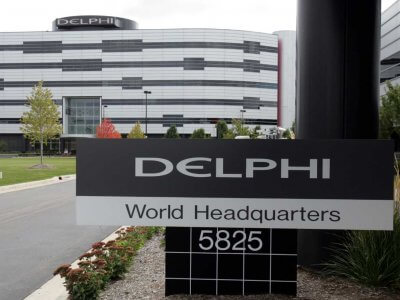 Dallas, Texas 04/30/2014 (FINANCIALSTRENDS) – Delphi Automotive PLC (NYSE:DLPH) President, Chief Executive Officer & Director Rodney O’Neal in his comments post the earnings call has been quoted to have expressed immense confidence in the firm’s ability to meet its 2014 forecast has been quoted to have said that, “Our Q1 bookings were in line with our expectations and the customer cadence for the new business opportunities, which is consistent with last year. We remain confident that we’ll achieve our target in 2014. Europe has stabilized. South America, well, that market continues to deteriorate, so we’re keeping a very close eye on that part of the world. North America has shown steady growth and the market in China continues to be strong.”

Delphi Automotive PLC (NYSE:DLPH) reported its 1Q14 earnings before markets opened on 24th April.  It reported earnings per share of $1.04 which constituted a 18 percent increase over 1Q13 and  an 6 percent increase in earnings to hit $4.3 billion over its 1Q13 numbers. Operating income was up 12 percent in 1Q14, to level out at $483 million as against its 1Q13 figurers. Operating margins too grew systematically by 11.3 percent in comparison to 1Q13 and it generated $136 million in cash from operations in the reporting period.

These positive gains reported by the automotive major come on the back of increased demand for its products in its two fastest growing markets of Asia and North America. Interest expense in 1Q came in at $35 million as against the $36 million it had reported in 1q2013. The company boasted of a hugely impressive $1 billion in accumulated cash as of 31st March and had recourse to an additional $1.5 billion in revolving credit which it had not availed till date. The auto motive player also disclosed that it had repurchased close to 2.38 million shares by shelling out nearly $157 million during the reporting quarter.