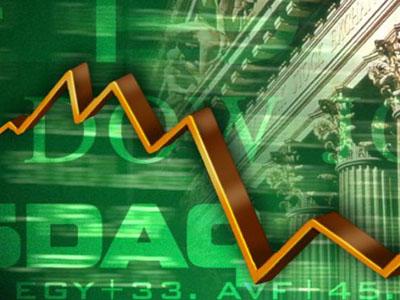 Dallas, Texas 12/10/2013 (FINANCIALSTRENDS) – Direxion Daily Small Cap Bear 3X Shares (NYSEARCA:TZA) is an $689 million market capped Exchange traded fund. It has outstanding shares of 36.85 million and has a fear inducing beta ration of negative 3.38 percent. This indicates the next to zero prospects this ETF holds for investors in comparison to its competition. At current point in time only 15 percent of its stock was in the hands of institutional investors which is a clear indicator of the unease relationship this stock enjoys amongst the investor community.

Direxion Daily Small Cap Bear 3X Shares (NYSEARCA:TZA) was previously known as Direxion Small Cap Bear 3X Shares fund. It is a index linked fund which tracks its performance against the performance of Russell 2000 index. The stock has attempted to post results of 300 percent appreciation which is contrary to the price appreciation seen on the Russell 2000 index.  The small cap index in question attempts to measure the performance of close to 2000 small capitalized companies which are part of the larger universe of Russell 3000 index.

Direxion Daily Small Cap Bear 3X Shares (NYSEARCA:TZA) is a fund which has consciously stayed away from investing in equity. It has taken an alternative approach to create investor returns by taking short position in leveraged financial instruments which are released into the markets by stock which represent 80 percent of the Russell 2000 index. The fund has continued to use the services of Rafferty Asset Management LLC as its advisors to help them navigate through the investment opportunities that exist in this segment.

Performance Over The Past One Year

Direxion Daily Small Cap Bear 3X Shares (NYSEARCA:TZA) has seen its prospects see a steady but alarming decline in its market value over the past one year. Over the past 360 days, the stock has shrunk the holdings of its share holders by a huge 69 percent. It is currently trading at levels which are just 4.23 percent above its 52 week low price point and is way below its 52 week high price point of $61.2 per share. The daily average trading volume has also seen a substantive dip indicating further erosion in investor interest and confidence in the stock.

In the past six months the stock’s value has melted by 39 percent and by an equally depressing 24 percent over the past quarter. Even in the near term the stock has been bleeding red and has posted a 10 percent dip in value and is currently trading at $18.71 per share. Even more worrisome for Direxion Daily Small Cap Bear 3X Shares (NYSEARCA:TZA)  share holders is the fact that it has failed to pay out a dividend even for one single quarter over the trailing 12 months. Its simple moving average over the past 200 days is also down 35.3 percent which is in line with the 6 months downward trend highlighted earlier.

In my opinion, Direxion Daily Small Cap Bear 3X Shares (NYSEARCA:TZA) is a stock which is well worth to be left alone as its has been a chronic underperformer which has failed to yield any form of tangible returns to its investors. Neither has its stock posted increase in market value even in a 360 day time period, it has also failed to generate enough returns to be able to pay even a token dividend over the past 12 months. The only option investors have with respect to salvaging their situation is to exit Direxion Daily Small Cap Bear 3X Shares (NYSEARCA:TZA) stock at current  price points and cut their losses in the long term.