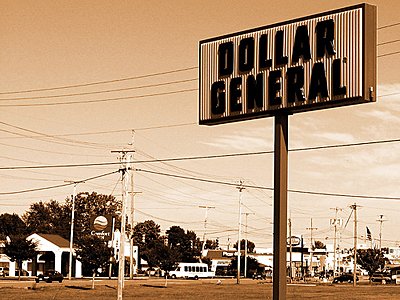 Dollar General Corp. (NYSE:DG) was incorporated in 1955. It is a discount-retailer in the U.S and has a number of stores. Of these 9,961 stores are located across 39 states as of 2 March 2012, mainly in the, southwestern, southern, midwestern & eastern U.S.

It offers a variety of merchandise, such as seasonal, apparel, consumables and home products. Dollar General Corp. (NYSE:DG)’s merchandise includes national-brands from various manufacturers and private brand-selections and the prices are at substantial discounts to the national brands. The company offers its merchandise for everyday low prices via its convenient and small-box locations. In the financial year ended 3 February 2012, the company opened 625-stores & remodeled/relocated 575 stores & closed 60 stores. The company’s small box-stores offer consumable-items, including packaged & refrigerated foods.

Dollar General Corp. (NYSE:DG) purchases its merchandise from a number of suppliers & maintains direct-buying relationships with numerous producers of national-brand merchandise, like Procter & Gamble, Unilever, Kimberly Clark, General Mills, Kellogg’s, Nabisco, Coca-Cola &PepsiCo. The company’s stores are supported by 10 different distribution centers that are located strategically across its geographic footprint, including 1 distribution center situated in Bessemer, in Alabama. This center started shipping to stores on 11 March 2012. Dollar General Corp. (NYSE:DG) leases additional temporary-warehouse space as required to support all its distribution needs. In addition to this, it has also leased a distribution-facility in Lebec, California.