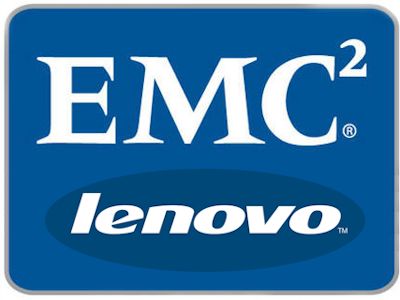 Dallas, Texas 12/17/2013 (FINANCIALSTRENDS) – EMC Corporation (NYSE:EMC) one of the first companies to offer data storage solutions, has come a long way since those early days, when the industry had just begun. Today, it is a million-dollar company with investments across every vertical of data storage service industry.One of its largest and better known companies has been VMware, of which it owns nearly 80%.

However, it past quarterly earnings has shown a distinct slow down.

Reasons for EMC slow down

Following the government-brokered crisis causing drop-in orders, EMC strode off on a selling-spree, giving up some of its storage solutions, to sustain balance. 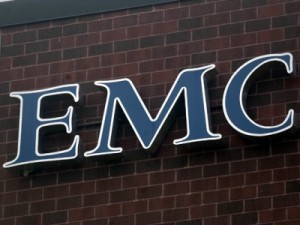 Additionally, EMC Corporation (NYSE:EMC) was also part of the general lethargy in the industry itself.

Secondly, it saw many of its high-consumption clients, be it Facebook, Amazon or Google take the unbranded and white-label component way to achieve lower storage costs and higher levels of customization.

The conventional storage business that the company operates has been affected by the overall slowdown within the storage business vertical itself; though there was significantly higher performance of the other verticals like virtual storage solutions and VMware in particular.

Though, VMware trades individually on the stock market,  EMC stocks too are affected by the overall performance of this major virtual data storage services provider.

EMC Corporation (NYSE:EMC)’s VMware has a market cap of $36 billion and has high potential growth.

Further, in a bid to focus on higher growth and development, EMC has forged a new entity called – Pivotal.  The new service provider will have the support of another of EMC acquisition- Xtreme Labs, for enterprises to develop apps.

Though not of immediate significance, EMC has lost out on its SVP executive in the past month. Recently, QLogic has head-hunted the engineering chief, Prasad Rampalli and enthroned him as their new CEO, to take office by February 3, 2014.

The data storage solution provider has continued to fight its slowdown in business but has to be satisfied with poor earnings for its third quarter, though it just about managed to strike past industry estimates.

For EMC the core areas which saw a fall include-Information Storage, product sales as well as storage sales such as flashes, due to other manufacturers offering technologically higher value to these products.

Insiders in the data storage solutions industry believe, there is an additional factor which has influenced the company’s performance. As more customers are now looking to develop storage facilities on the cloud, there is shift in the components required. As there are several commodity providers for flash hardware, EMC Corporation (NYSE:EMC) does have challenge ahead.

EMC therefore, has had a mixed year thus far.

In the meanwhile the company has been looking at clearing its inventory and is offering many of the older storage solutions from 15% to 30% discounts. The cash flow for EMC Corporation (NYSE:EMC) has thus ensured that it can sustain the overall yield it offers its investors.

It has recent announced its dividend payment for this quarter at – $0.10 per share. Therefore, these are payable by Jan 23, for all of those investors holding EMC shares until Jan 8.

Considering that the yield is consistent with its prior payouts EMC has survived one of the poor phases in the history of the company. A steady course ahead for EMC indeed –albeit with the help of collaborations and companies it owns!