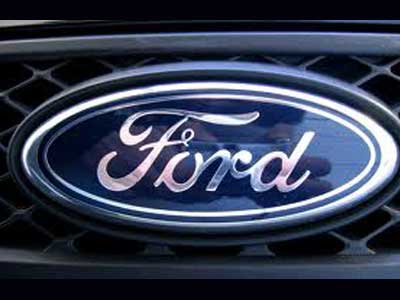 Dallas, Texas 04/11/2014 (FINANCIALSTRENDS) –  On the back of its competitor General Motors Company (NYSE:GM) being caught up with close to $1.3 billion in expenses towards its 2.2 million recalled vehicles, Ford Motor Company (NYSE:F) disclosed last week that it will be recalling nearly 4,35,000 vehicles which were manufactured between 2001 to 2004. The recall has happened due to complaints about corrosion in the vehicles under frame, which in turn has potential to cause the “lower control arm to separate, and potentially lead to diminished steering control”.

Ford Motor Company (NYSE:F) has also made it be known that it is aware of one auto crash that has been traced to the current recall. The dealers on taking procession of the recalled vehicles will be installing reinforcement cross bars underneath the body frame. The recall has impacted vehicle owners in close to 20 states, which are prone to road salt usage to overcome snowy conditions on the road in winter.

The impacted states are “Connecticut, Delaware, Illinois, Indiana, Iowa, Maine, Maryland, Massachusetts, Michigan, Minnesota, Missouri, New Hampshire, New Jersey, New York, Ohio, Pennsylvania, Rhode Island, Vermont, West Virginia and Wisconsin” in addition to few units out of Canada. The recall also consists of close to 49,000 units which were fitted with faulty seats, whose frames are not in conformity to the prescribed safety standards.

On the contrary, in some good news Ford Motor Company (NYSE:F) disclosed that it has managed to sell 103,815 vehicles in China during the month of March. This translates to a 28 percent increase over its March 2013 sales figures. The surge in sales in the month of March, added to the nearly 45 percent increase in sales that the car maker had managed to sell in 1Q of 2013. On the back of the good news, the stock has posted nearly 1 percent gain in its share price over the past one week of trading.