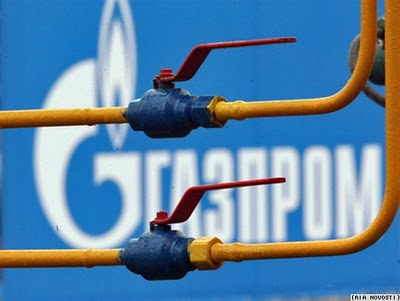 Dallas, Texas 01/09/2014 (FINANCIALSTRENDS) – Gazprom OAO (ADR) (OTCMKTS:OGZPY) the Russian Electric Utilities company which operates in  natural gas extraction, transport and storage was originally a state-owned company. Today, even as it provides gas across the Russian Federation, it also has a high-profile natural gas export market in Western Europe. The company currently has market cap of 98.1billion and trades in volumes of 534,763 with stockprices ranging between 52-week high of $9.90 and 52-week low of $6.44.

Soon to begin supply to China

Over the last month, Gazprom OAO (ADR) (OTCMKTS:OGZPY) has been working with China National Petroleum to finalize a deal on the supply of natural gas by the end of January. The talks have progressed from September 2013 and the volume of production, payment have all been decided and finalized with the exception of the price at which Gazprom will sell to China National Petroleum.

Earlier Gazprom played a critical role in bringing pressure on Ukraine, by cutting prices of natural gas by over $400, per thousand cubic meters, so that the neighbour can now seal the deal with the European Union.

Russian industry reported that the country had for the fifth year in a row output 10.5 m barrels of oil in 2013, a rise of 1.3% over previous year. The output is one of the highest recorded after the collapse of the Soviet Union. Where other state owned oil producers Rosneft ranked first with 156.5M tons or 30 % of Russina output, second in line was Lukoi with 85.8 M tones. However, for the natural gas industry, there was not much excitement to report. Gazprom OAO (ADR) (OTCMKTS:OGZPY)  stated its natural gas production was only 476billion, a decline of 0.6%, though the overall industry natural gas output did see an increase of 2.1% , reaching 668 B cm.