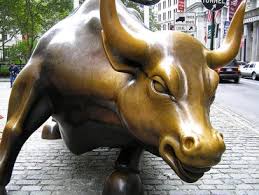 R&D expenses for the three-months concluded March 2017 declined to $3.4 million from $5 million, from the same period of 2016. It showcases the proportionate share of clinical trial expenses under the closed imetelstat deal with Janssen Biotech, Inc. The research and development expenses mainly constituted start-up costs for the IMerge trial.

Geron announced that G&A expenses in Q1 2017 came at $4.7 million, almost same as G&A expenses of $4.8 million in Q1 2016. This reduction in G&A expenses was an outcome of the reduced consulting costs.

Interest and other income amounted to $332,000 in Q1 2017 against $256,000 in Q1 2016. This increase eventually reflects higher yields on Geron’s marketable securities portfolio. The CEO John A. Scarlett, M.D. mentioned that as a product of the internal report assessment closed in April 2017 for the imetelstat clinical trials in both myelodysplastic syndromes as well as myelofibrosis, both studies are ongoing unmodified. For IMerge, the subsequent step is a decision related to the Phase III trial. If Janssen plans to progress, the Phase 3 portion can be opened for patient enrollment in the last quarter of 2017.