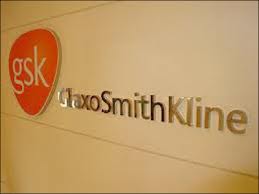 Dallas, Texas 07/12/2013 (Financialstrend) – As per a recent statement released by the Chinese ministry of security, the Officials of the multinational drug-maker GlaxoSmith Klein (Plc) (ADR) (NYSE:GSK), have confessed to the allegations of using bribes to get the company’s drugs prescribed through physicians’. The company was also alleged to be involved in tax violations, by the Chinese officials.

It has been of great surprise that most of the executives have confessed that they had been involved in tax law violation and had even been offering bribe to doctors, hospitals and officers to promote their products and raise the prices, according to China’s safety ministry.

According to the Chinese law, the victims would be charged for their offence after the initial investigation comes to an end. The China’s Public Security Bureau declared that the investigation was being held in Changsha, Shanghai and Zhengzhou but refused to further cater with information about the victims.

The executives were accused of offering free travels as bribes and artificial receipts for breaking the Chinese Tax Laws. On the contrary, the British drug makers have put down such allegations, who themselves are being investigated by one of China’s city public security officials for Economic Crime. It has not been clear yet, that whether the claim has anything to do with the recent incident.

GlaxoSmithKline plc (ADR) (NYSE:GSK) testified that it kept a strict check on the compliance of its procedure and hardly any evidence was available that concluded bribery or corruption had actually taken place.

On the other hand, foreign investors have been defensive in China as most of the foreign investors are being targeted by China’s strict allegations upon several counts. The executives of Rio Tinto plc (ADR) (NYSE: RIO) where one example of such accusation who were jailed for stealing commercial secrets and bribery. China has been keen in taking charge of control in the matter of its compliance of law and due to this reason it punished two brokerage firms in 2011 and 2012 for not being able to meet the due diligence during the IPO.