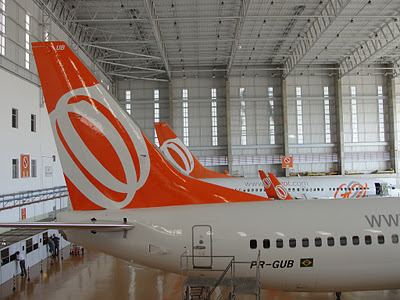 Dallas, Texas 04/09/2014 (FINANCIALSTRENDS) – Gol Linhas Aereas Inteligentes SA (ADR)(NYSE:GOL) which is a regional airline based out of  Brazil reported its fourth quarter and full year operational results in  the last week of March. The highlights of the earnings report is as follows.

The airlines earnings before interest provision and tax for the quarter came in at R$162.9 million. This resulted in achieving a operating margin of 6 percent, the airliner highlighted is the most profitable quarter in terms of margin over the past 10 quarters. For the full year, the earnings before interest payout and tax came up to R$266 million which translates to a 3 percent operating margin for the full year.

Net revenue for the quarter came in at R$2,728.2 million, which was a 29 percent increase over its 4Q12 revenue. The increase in revenue has been ascribed to a respectable 5.1 percent increase in its total load factor for the reporting period at 74.8 percent. Net revenue for the full year topped at R$8.95 billion, which was the highest revenue that the airliner has ever reported and is 11 percent more than its 2012 numbers.

The increase in revenue was also coupled with a corresponding decrease in the firms operating costs by a huge R$319 million. From its 4Q operations, Gol Linhas Aereas Inteligentes SA (ADR)(NYSE:GOL) reported an annual net loss of R$19.3 million as against the R$447 million loss it had recorded in 4Q12. For the full year, net loss evened out at R$724.6 million and boasted of cash at hand of R$3 billion for the same period.