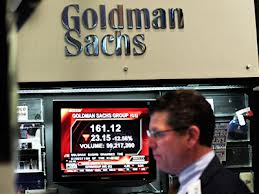 Bank of England stated that bond yields rose significantly, while the European Central Bank (ECB)on Thursday said that for an extended period of time, will maintain its easy monetary policy. The statements made by the policy makers igniteda major rally in European stocks, along with a weakness for the euro and sterling.

The ECB offered this explicit forward guidance about future policy for the first time. Its President, Mario Draghi, said that the central bank maintains also an open attitude over discount rates.

Slightly before the issuance of the statements of the two central banks, the Goldman Sachs Group said that Bank of England (BoE) and the European Central Bank (ECB) may launch further monetary easing measures within months.

An analyst at Goldman Sachs said that more unconventional easing is likely in the United Kingdom. The company stated that neither of the central banks were showing signs of increasing rates before mid-2015 and claimed that if the Eurozone economies weakened further, the European Central Bank could resort to credit easing and/or a deposit rate cut.

Goldman Sachs wrote that although EZ growth is weak, chances are that there will be some improvement, given that fiscal woes start fading in the periphery. The prospects of new easing are higher in continental Europe and the United Kingdom than in other Western regions. Capital Economics, a research firm, also agreed on this statement.