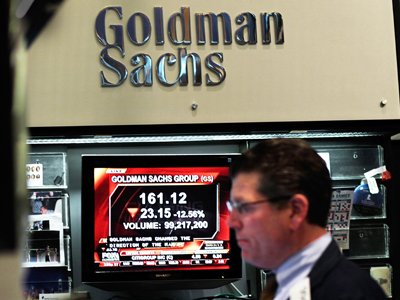 Dallas, Texas 02/18/2014 (FINANCIALSTRENDS) – The $74 billion market capped brokerage and investment house Goldman Sachs Group Inc (NYSE:GS) has seen a slew of changes in its top management in recent times. On 11th February, the firm reported that its point’s person on global currency market, Thomas Stolper, who held the designation of Chief Global Currency Strategist, has decided to move out of the firm. Mr Stolper is a 15 year veteran at the trading house which has the distinction of being tracked by both the Dow Jones Industrial index and the S&P 500 index.

The news got out when new agencies got their hands on an internal memo sent out from the desk of Dominic Wilson who is the chief markets economist and signed by Francesco Garzarelli , who is the co head of the “macro and markets research department” at Goldman Sachs Group Inc (NYSE:GS) to his department employees, in which he is quoted to have said that, “Thomas Stolper is leaving the firm in early March after more than 15 years of service. Stolper joined Goldman Sachs as a member of the foreign exchange strategy research team in 1999 and became chief foreign exchange strategist and was named managing director in 2009.”

In related news, on 11th February, it has been commented upon that Goldman Sachs Group Inc (NYSE:GS) has added five new executives to its management committee. These new additions to the board are “Paul Russo, Michael Daffey, Justin Gmelich, Craig Broderick and Sarah Smith”. The news got out when news agencies were made privy to an internal note sent out by investment houses Chief Executive Officer Lloyd Blankfein and bore the signature of Gary Cohn, who is the Chief Operating Officer. With the new additions, the reconstituted board has representations from the equities trading division, credit trading division.