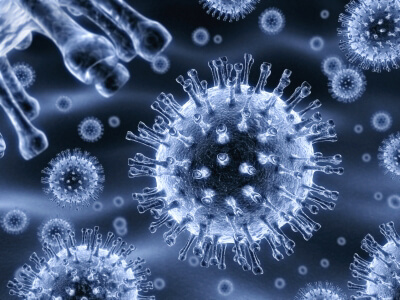 Dallas, Texas 04/14/2014 (FINANCIALSTRENDS) –  Idenix Pharmaceuticals Inc (NASDAQ:IDIX) announced positive data from its proof of concept clinical tests it had conducted for its lead drug candidate “Nucleotide” which also goes by its code name IDX21437. As a next step, it has initiated phase 1 clinical testing of the drug candidates follow on combination called IDX21459.

The proof-of-concept phase I testing involved the drug candidate being administered “50 mg, 150 mg or 300 mg” over a 7 day treatment period to patients grouped into three batches. The results found that the “Pan genotypic” activity went up significantly in patients who had been administered the 300 mg drug. The positive data was released on 7th April, before markets opened for the day.

The drug candidate has been classified as a “nucleotide polymerase inhibitor”. The drug firm has reported that it has generated positive data from this phase of clinical testing as per which, antiviral activity in patients suffering from hepatitis C virus infection went  up substantially, when they were administered the drug candidate. The data showed that the drug candidate safety aspects were also met with fully, in all the 44 patients who were part of the clinical trial.

As a next step, the drug firm has announced the launch of next phase of testing for their lead candidate with a combination of drug called samatasvir to treat HCV infections. The clinical test would involve creating a group of nearly 200 to 300 patients.

Expressing his happiness at the latest developments, Idenix Pharmaceuticals Inc (NASDAQ:IDIX) President and Chief Executive Officer Ron Renaud has been quoted to have said that, “We are very pleased with these positive data for IDX21437 and we are excited to have two nucleotide prodrug candidates in the clinic. With the initiation of the phase II study of IDX21437 and samatasvir later this year, we will be one of a few companies with an all-oral, pan-genotypic, nucleotide-based combination approach in the clinic”.