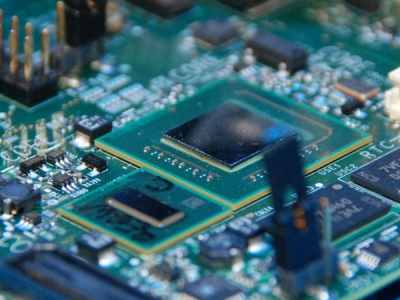 Dallas, Texas 08/01/2013 (Financialstrend) – The technology sector had not been presenting sparkling results for this earnings season. Microsoft’s revenues had faltered, Google Inc failed to meet the analyst expectations and Intel Corporation (NASDAQ:INTC) had just managed to beat the analyst estimates. The weakness of sales reported in the high profit margin PC division and the declining revenues from the server business had resulted in decline in revenues by 5.11% year over year. The company had reported decline in revenues from almost all its major operating divisions, including the architecture group which declined by 15% and consumer PCs which declined by 7.5% year over year.

Though the research and development costs had stayed flat for this quarter, the company had reported an increase of 8% in the cost of sales over the previous year. Further it had been of high concern to the analysts that Intel Corporation (NASDAQ:INTC) had not set out a well designed growth strategy for its business operations. The diluted earnings per share for this quarter had been reported to be at 39 cents to just meet the expectations of the analysts. It had further been reported that the mainframe business which was considered to be the last pillar of growth for the company had finally crumpled.

Intel Corporation (NASDAQ:INTC) had presented loss of 0.19% with the trading on Wednesday and had thereby closed at $23.33 per share. While the stock opened at $23.37 per share, there had been fluctuations in the intraday prices ranging between $23.26 and $23.46 per share during the day. The 52 week low price for the stock is presently at $19.23 and 52 week high price is at $26.90 per share. There are a total 4.98 billion shares in the market valuing to a market cap of $116.11 billion. The stock witnessed around 27.68 million shares being exchanged hands on Wednesday while the average level of trading is at 46.97 million shares a day.