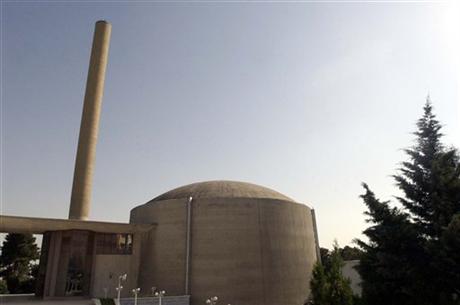 ‘Peace in the Middle East’ seems a far cry from reality, even today, as countries from Iran to Syria to Israel carry bruised relationships based on nuclear power, ideological conflict, and other reasons. Many of these country’s actions have broader implications, too, especially when dealing with nuclear development or uranium enrichment, which is key to creating a bomb or any nuclear device. Currently, Iran has been steadily increasing its supply of enriched uranium, at a rate that could put it in the ‘red zone’ of Israel’s threat assessment, making it a target for nuclear attacks or war from the hostile country. Iran has some major choices to make in the coming months, as its supply will exceed Israel’s much-repeated limit sometime in May or June, and a new President will be taking office during the summer as well. Reportedly, Iran has started to turn small amounts of the enriched uranium to fuel.

Enriched uranium can be used for a variety of purposes, like fuel, or high tech medical purposes, and this is what Iran publicly states that it uses or will use its supply for. Iran points to Israel as the one needing control, and resents its current status as being ‘talked to with a gun,’ and insists that it will engage willingly in peace talks without aggressive overtures on its nuclear technology program. Scheduled for February 26th in Kazakhstan, a diplomatic meeting for the purpose of addressing Iran’s nuclear program between permanent Security Council countries (plus Germany) and Iran, will commence and hopefully give the situation a less dire spin. Little progress is expected, however, due to the many nations’ differing opinions on how to regard Iran, but mostly because of Iranian stubbornness. In contrast, the United States has sent overtures to Iran about diplomacy meetings strictly between the U.S. and Iran, to try and resolve the hostility between Iran and Israel before actual bombs are dropped.

A similar situation arose last year, and was narrowly avoided by Iran converting much of the stockpiled enriched uranium into fuel so the amount they had developed was well below the limit imposed by Israel. Iran’s nuclear development program has been under fire since then, mainly because of the country’s perceived ambition to create nuclear weapons as a threat to Israel and other countries it is hostile towards. With all the turmoil surrounding Iran, it is unclear whether its future will be an actual nuclear weapon, the wrath of Israel, or diplomatic negotiation. The undercurrents surrounding the upcoming talks in Kazakhstan will definitely have an impact on the way future negotiations go with the United States, although most analysts still expect the U.S. to have a greater chance of negotiation than the Security Council. Nuclear weaponry is no joke; in the wrong hands, weapons of mass destruction could essentially send the world into a scene from an apocalyptic movie, so it is essential to limit access to would-be terrorists.