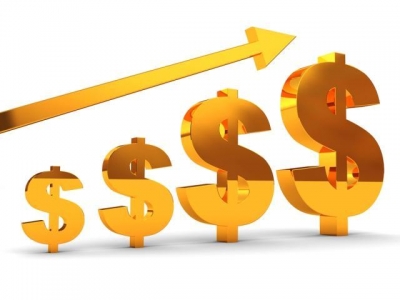 Dallas, Texas 10/17/2013 (Financialstrend) – iShares Gold Trust(ETF) (NYSEARCA:IAU) has been one of the ETF’s which has gained under the shadow of a impending  shutdown. The fund has a market cap of $7.2 billion with net assets of $7.57 billion. The ETF stock has a total of 580.9 million outstanding shares. When trading began on October 16, the share price of this ETF was around $12.4 per share. Current valuations represent a 29% dip in value from its 52 week high pricing and a 7% increase in its 52 week low pricing.

While most sectors which constitute the macroeconomic set up of U.S. are being negatively impacted by the continued log jam of the federal budget, there are a few choice sectors which are likely to benefit by the shutdown. One such financial instrument which has risen in value over the past week is the gold based exchange traded funds.

The price of gold has increased by 1.2% from its previous recorded price of $1283 per ounce during trading on October 14. This increase in price has been against the general run of gold price which has depreciated over the past few months.

One of the unlikely consequences of the shutdown has been temporarily stoppage of Commodity Futures Trading Commission authored weekly commodity futures report. Without this report commodity and futures traders have been groping in the dark in an attempt to determine their investment strategy.

The out flow of investment from gold based has now reached a peak. Nick Brooks who is a analyst at ETF Securities has opined that “bulk of shorter-term tactical money that went into gold in 2011 and 2012 has now been cleared.” He has observed that investors pulling out their investments from gold ETPs have slowed considerably when compared to previous quarters. Investors in iShares Gold Trust will be wondering what lies ahead for their investments.