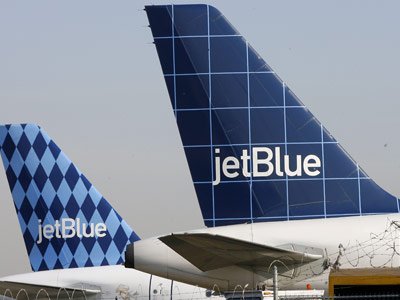 Dallas, Texas 10/11/2013 (Financialstrend) – On October 10 JetBlue Airways Corporation (NASDAQ:JBLU) announced a refurbished loyalty program which would allow family members and friends to pool in their frequent flyer mikes accumulated individually. JetBlue in its announcement claimed that it will the first United States based airline which will allow this nature of loyalty points sharing.   Unlike its British counterpart “British Airways” restricted “family only” loyalty program, JetBlue Airways announced a more hassle free program which will allow up to 7 members of a family or their friends pool their flying points. The only imperative of this program is that one of the 7 members listed on the pooling account needs to be an adult. JetBlue is hoping to leverage this rewards program to tie in most of the family members to fly the airline instead of choosing to fly its competition.

On the same day, JetBlue also announced that it is restarting its Barbados route. With the commencement of this route, the port cities of Bridgetown and Barbados will be connected to New York City.  A total of 580 seats would be added to this sector with the staring of this new service.

In a related development on October 9, Orbitz reported that airfares across the nation have risen by close to 10% during the thanks giving weekend, primarily due to a stagnant capacity of the carriers.

The airline hopes that all the three new developments discussed above in unison will lead to a stronger performance of the airline with respect to average revenue per passenger and the total passenger traffic the airline is able to attract over the next few months leading into the holiday season.  As of 12 noon on October 10, the shares of the stock were trading at $6.72 per share up 0.83% from its previous day close. At current valuations, the company has a market cap of $1.87 billion.