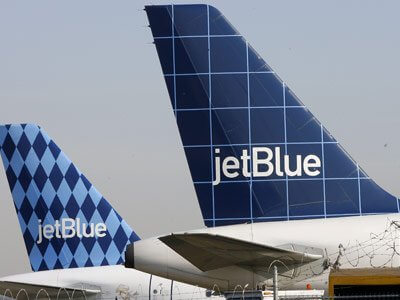 Dallas, Texas 01/13/2014 (FINANCIALSTRENDS) – JetBlue Airways Corporation (NASDAQ:JBLU) along with other in-sector players posted good revenues in the first week of January. Heading the list was Delta Airline which reported 10% year on year growth, followed by SouthWest airlines which saw 2.8% nearly beating its 52-week high and JBLU with 5.2% growth.

Airlines however appear to see some new rules in place such as FAA pilot rules as well as confusion with in-flight cell phone calls. First, the new airline pilot rules, which now demand that the total zonal flights and the number of hours the pilot flies will be included in the statistics which will determine the number of hours a pilot can fly. The new FAA necessitates that pilots will now have longer rest-periods, making it necessary for airlines to bring in more pilots.

Calls on the Airline

US-airlines it appears are divided on allowing or not allowing the use of cell phone. JetBlue Airways Corporation (NASDAQ:JBLU) is not very keen on introducing the no-cell phone calls on-flight. Other airlines such as SouthWest Airlines, Virgin Airline, Delta airlines are definite on not-allowing cell phone calls for the duration of the flight.

The FCC and the DOT itself are divided on the issue.

Where FCC prefers that in-flight voice calls be allowed, Dot has stepped in to say that otherwise. Though there have been other technical solutions in the form of Gogo- the airline wifi- hub, the new announcements by the airlines indicate otherwise. The company is currently in a post-IPO situation.

JetBlue Airways Corporation (NASDAQ:JBLU) is a US-based, region-specific airline which has market-presence as a cost-effective flyer with better-than-good service records. It has a market cap of $2.57billion and trade volume of 7,263,284 with EPs at 0.36 and PE at 35.30. The company stock price ranges between 52-week high of $9.20 and 52-week low of $5.70.