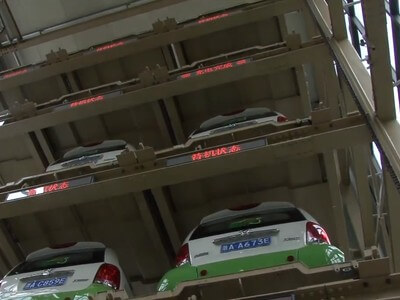 Dallas, Texas 05/28/2014 (FINANCIALSTRENDS) – The investors of Kandi Technologies Group Inc. (NASDAQ:KNDI) have been intimated by the Shareholders Foundation regarding launch of investigation for potential breach of securities laws by the Group and certain of its Officers and Directors in connection with specific financial statements. The Shareholders Foundation noted that investors of Kandi Technologies have certain options and could contact the Foundation for further information or related query at mail@shareholdersfoundation.com or +1(858) 779 – 1554.

The Investigation focuses on a series of statements by the Group regarding its prospects and ongoing operations and whether they were misleading at the time they were released. The company has reported that its net income of $9.11 million in 2011 decreased to a net loss of $21.14 million 2013. However, its total revenue of $94.54 million reported for 2013 were much higher than total revenue of $40.18 million during 2011. The shares of the company also witnessed historic gains over 12 month period ended March 2014 where the price rose from $3.71 in 2013 to $21.41 in 2014.

The investigation has been called for in connection with the SEC’s current charges against a Toronto-based consultant for allegedly conducting illegal reverse mergers so that China-based companies can enter the U.S. markets and reap profit from manipulative trading. According to the SEC’s filed complaint manipulative trading in Kandi Technologies Group Inc. (NASDAQ:KNDI) was orchestrated in 2009 and 2010 by Becker, Lockhart, and Tazbaz.

Kandi Technologies is engaged in the design, development, manufacturing and commercialization of range of vehicles including electrical vehicles, go-karts, utility vehicles and specialized automobiles. The Group markets its products in China, Europe and North America through its network of distributors, dealers and business associates.