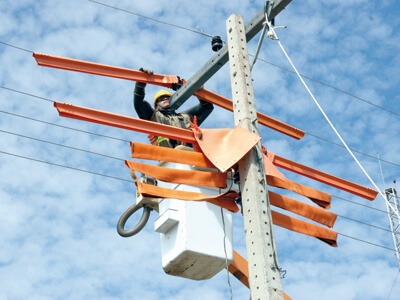 Dallas, Texas 09/17/2013 (Financialstrend) – On September 2, Companhia Energetica Minas Gerais (ADR) (NYSE:CIG) released a statement that its subsidiary Cemig Geracao e Transmissao SA (Cemig GT) has won a major, though temporary reprieve, to continue controlling its Hydroelectric Plant Jaguara. The Supreme Court has reported ruled in favor of the company and allowed Cemig GT more breathing time during the trial process. The company had filed before the Supreme Court against the August 23 order by the Ministry of Mines and Energy withdrawing concession for the Jaguara plant.

CIG as Brazil-based utilities major has been exploring several verticals in alternative electricity ever since it was first founded by Juscelino Kubitschek de Oliveira in 1952. Earning revenues of 18.46 billion and posting an annual sales change of 16.3%, CIG’s legal issues continue to upset operations for the company.

The company already has 97% of its production capacity twinned with hydroelectric power and is one of the largest integrated electric utilities providers in Brazil. The company’s operating margin in the previous quarter was 22.7% in comparison to 27.5% last year. The increase is nearly 6% from year to year.

Analyses of operational costs indicate that the expenses have soared for the company due to various policies the company has been implementing. The first reason was the benefits they offered its retiring workforce, while the second was the increase in the raw material costs as well as higher energy purchase costs.

However, in the second quarter of this year, CIG has had a mixed cash flow. While cash was reported around $1,020.5 million, its debts too recorded an all-time low of 13.6% translating to $1,024.2 million.

The recent legal issues with the mining department have further added to both overhead costs of CIG as well as the complications of continuing operation of its hydroelectric plant.