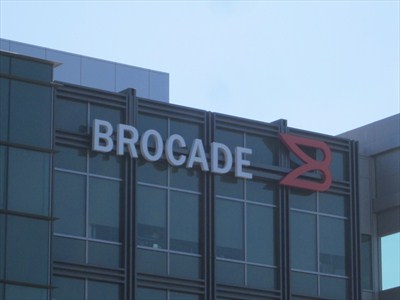 Dallas, Texas 10/10/2013 (Financialstrend) – In what looks like a mixed bag of news coming in from the data storage and information technology player, Brocade Communications Systems, Inc. (NASDAQ:BRCD) announced on September 25 that its board has pushed the envelope and authorized the company to buyback $1 billion worth common stock as against the earlier announced $308 million. At rates prevalent on September 25, $ 1 billion would have fetched the company close to 27% of 449 million common stock outstanding. This announcement has been seen by analyst as a demonstration of the company management’s intent to shore up the flagging value of its stock.

On the same day the company also announced that it is tying up with Aruba which is a global Wi-Fi technology enablement company. The partnership will cover both hardware and software product stacks and is designed to help take on the two smaller tech companies in taking on entrenched IT behemoth Cisco.  The two companies will collectively design and manufacture technology solutions which will incorporate simplified network management functionality of Brocade with the cutting edge system of wi-fi management solution which is Aruba’s strength.

The above positive developments have to be seen in the light of belt tightening efforts that Brocade had announced in early September. The software and networking firm has decided to let go of 300 employees which will account for 7% of its 4500 strong workforce. In a mandatory SEC filing the company had disclosed that the retrenchment costs would range between $20 million to $25 million. In addition it had also shared its plans of consolidating its facilities in order to achieve economies of scale. The estimated cost of this restructuring would add up to another $10 million to $15 million.  With these moves, the IT provider is hoping to better its operational and revenue margins.