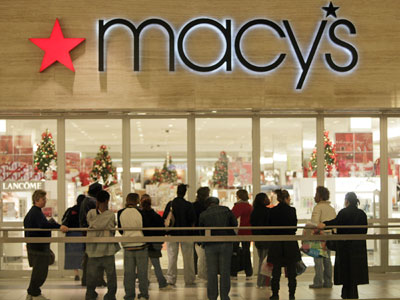 Dallas, Texas 12/19/2013 (FINANCIALSTRENDS) – Macy’s, Inc. (NYSE:M) is the store for you, if you are not yet done with your Christmas shopping! The retailer will continue its tradition of keeping some of its stores and open for last-minute shoppers. The shopping season at Macy’s will begin on 20 Dec, Friday Morning and continue non-stop until Dec 24, 6 pm. This year the stores which will remain open are: Union Square in SF, Herald Square, NY, State Street, Chicago and nearly 35 other stores across the nation.

Macy’s, Inc. (NYSE:M) had begun the tradition of over-night Christmas store shopping, back in 2006, when its Queens Center store was the first to do so. Each passing year has seen the company add more outlets and locations bringing more relief to stressed Christmas shoppers!

Macy’s was actually called as Federated Departmet Stores Inc, back in 1820. It was only in 2007, that Macy’s Inc, came into official use. Based out of Cincinnati, its two brands- Bloomingdale and Macy’s together see over $30 billion in sales.

As far as retail brands go, MacyInc has had its fair ’share’ of trouble, with the onset of recession. Since earnings fell, dividend had to be cut. However, in the 2013 fiscal there has been considerable re-bounce in the first and third quarter at 3% revenue increase. The second quarter, however, saw a slight drop – of 0.85% – in overall revenue earning’s.  Fourth quarter guidelines are positive as well, with the shopping season expected to boost revenue, estimated at 2.6% and total of $28.78 billion. EPS expectation is $4.34 for 2014-2015, largely due to the huge share repurchase that Macy’s has completed. 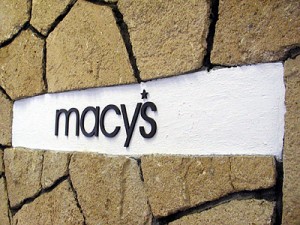 Macy’s, Inc. (NYSE:M) share prices have edged towards $12.59, reflecting a 32.3% increase. There have been cuts in dividends paid, especially during 2009 and freezing the price until 2010. From the earlier 20 cents today the payout is $1.00. And this is where there is umbrage, because many calculate this is just 0.25% of the expected earnings at the end of year!The competition in the retail section has definitely been rigorous, with JCP struggling to keep pace with Macy’s, Inc.(NYSE:M) 10.1 % sales growth this November. Macy’s products for Thanksgiving were priced 50 to 60 per cent lesser bringing-in the higher-price-band shoppers to the store. Some of the most popular products sold during this season were = watches as well as handbags.

Highlight of this season for Macy-common shares reduction

Investors, analysts and other stakeholders are happy to see the shareholder rewards- in the form of common shares re-purchase. The company has since 2006 chosen to move 546 million common shares outstanding to 368 million. This can be evaluated at 5 percent decrease each year.

Macy’s gears up for fourth quarter with 24-hour stores

As the fiscal grows to a close, the highest sales for the quarter are slated to happen over the next four days. And true to expectation, Macy’s will continue to follow tradition.

The 24-hour stores, which are manned by volunteer sales persons, are expected to meet last-minute rush and provide higher customer satisfaction. The 24-hour stores have been popular over time and have led to increase in the number of stores which will operate 24 X 7, this season. On the other hand, at Thanksgiving sales, online format of shopping provided to be highest.

According to National Retail Federation, ecommerce sales were $20.6 bilion an increase of 3.1%. Macy’s too offers online store purchase and perhaps this season, see high revenues as well!