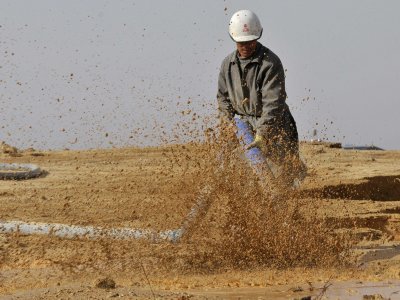 Dallas, Texas 10/07/2013 (Financialstrend) – McEwen Mining Inc (NYSE:MUX) on September 23, announced major cost cutting measures primarily aimed at its mining activities in “Mexican-based El Gallo 1 and 2 projects.” These initiatives were flagged off by the new president Mr Ian Ball who has risen up the ranks of the mining firm. These initiatives have been made necessary since the international gold prices have been dropping over the past few months forcing companies to embark on cost reduction to sustain operations.

With a strong back ground in mining the president is well placed to identify and canvass for new manufacturing process which would lower cost of production. MUX has developed a new design which compresses the manufacturing process. The company believes this reworking of process will save it $6 million. It has also put in cost cutting measures around the different type of crushers it will utilize to cut down money it spends on cement and steel. The firm hopes that this in turn will save MUX an additional $3 million to $4 million. It is also leveraging the lowering of input costs which go into mining and processing gold. Case in point is the lowering of cost by close to 50% in Cyanide which is extensively used in the minding process. CEO Ball has been quoted to have said that “Drilling costs are down 40% year-over-year, that’s nothing that we’re doing ourselves but we’re benefitting from the industry slowdown.”

In addition to cutting down in costs, McEwen Mining Inc is also trying to achieve efficiency of scale. It is hoping to produce 30,000 gold equivalent ounces by end of 2013, and scale it up to 75,000 gold ounces by 2015. The company has a market capitalization of $689 million with total sales of $45 million in the past 12 months.