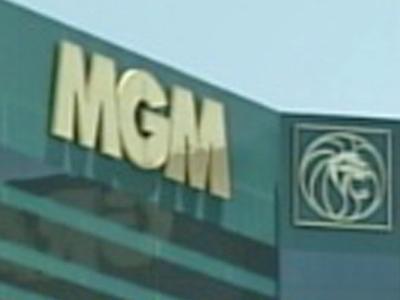 Dallas, Texas 12/10/2013 (FINANCIALSTRENDS) – MGM Resorts International (NYSE:MGM) has received great news from the city fathers of Boston yesterday. It seems all set to be granted a casino license in principal by the regulators on the condition that certain of the conditionality’s set forth by the authorities are fulfilled by the firm. Readers should note that this $10 billion market capped casino and resorts operator had applied with the Massachusetts Gaming Commission seeking a license for operating casino in the city limits earlier this year and as a result was at the receiving end of fact finding investigations initiated by the commission.

On Monday, the Gaming Commission had convened a meeting with the officials of MGM Resorts International (NYSE:MGM) to discuss the findings as reported by the investigation team set up by the city council to look into the Casino license application by the gaming company. James Murren who is the Chief Executive Officer of MGM represented the firm along with a host of other executives and field questions from the Massachusetts Gaming Commission members on his proposed plan to open up a new casino at Springfield which is a suburb of Boston.

The conditions on which the approval was sanctioned include the firm being able to prove that it is engaged in following “responsible business practices at its Macau casino operations which meet the legal standards and satisfy the firms non involvement in the episode which saw one of its former board member Terry Christensen being indicted by a grand jury on charges of wiretapping and conspiracy. Following the indictment, the director had resigned from the board and the entire scenario had caused huge embarrassment to MGM Resorts International (NYSE:MGM)

Readers should note that MGM Resorts International (NYSE:MGM) is the only viable application remaining in front of the five member gaming commission post its advertisement calling for licenses to operate casino in Western Massachusetts. The site was opened up for licenses only after a majority 58 percent of Springfield population voted in favour of a having a casino amongst their midst. The project conceived by MGM Resorts International (NYSE:MGM) envisions creation of close to 3000 new full time jobs as a direct result of this project and an additional 2000 part time job openings being created once the casino becomes operational.

The stock of MGM Resorts International (NYSE:MGM) stock posted an impressive 2.78 percent increase in its market value during trading on December 9. The stock ended the day’s trading yesterday at $20.73 per share which has in turn taken it to just 1.1% short of its prior 52 week high price point of $20.88 per share. With a positive report emerging from the State gambling board from its investigations of its operations, the stock of MGM Resorts International (NYSE:MGM) is well poised to rally further upwards to shoot past analyst set price target of $22.88 per share.

During last week, the stock has been on a super charged mode having posted a 7.8 percent growth. This upward surge in the stocks prospects during trading last week has been a mirror replica of the stellar growth and returns this stock has posted in the past one year.

Stock Performance during Trading Over Past One Year

As the graph indicates, the stock of MGM Resorts International (NYSE:MGM) in the past year has been a great earner for its investors. It has posted a steady but incremental 78% gains over the  trailing 10 months and is well poised to breach the 100 percent returns mark before the calendar rolls over to the next year.