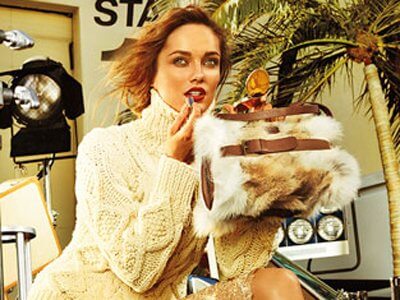 Dallas, Texas 09/05/2014 (FINANCIALSTRENDS) – Michael Kors Holdings (NYSE:KORS) announcement of a secondary public offering of 11,629,627 shares has had a negative impact on the stock prices of this luxury brand. The announcement made on September 4.

The fall in prices from the time of announcement of the public offering was to the tune of 3.85%. Underplay of this offering is that the company will not receive any proceeds.

Michael Kors Holdings (NYSE:KORS) which in the past decade has grown to become one of the leading luxury brands in the world, is now on the path to further expansion.

As the company Chairman and CEO John D. Idol comments, the success of the company thus far has been due to the support by original shareholders who hold majority stake- Lawrence Stroll as well as Silas Chou.

The CEO commented that the ownership interest of these two majority shareholders, in Michael Kors Far East Holdings Limited, and their continued support has allowed the company to achieve what it has today.

Currently, the company has been reporting revenue growth which is above the industry average of 10.9%. Even in comparison to tis previous year’s, same quarter revenues a rise was noted to the tune of 43.4%.

The focus on revenue growth has been strong, which in turn has helped the company to maintain earnings per share way ahead of its typical average.

Michael Kors Holdings (NYSE:KORS) which has been building on its reputation as a leading luxury brand with its various marketing, distribution as well as retailing of branded women’s clothes as well as accessories and men’s clothes in the past few years has been looking for expansion in recent times.

The new secondary offering is expected to help the brand push ahead with its various plans and see success with global and domestic sales in the quarters to come!