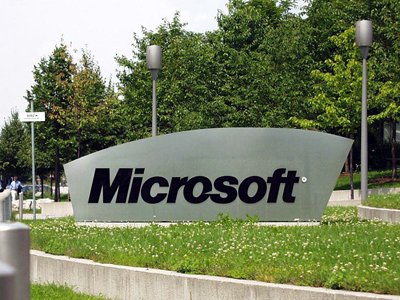 Dallas, Texas 05/29/2014 (FINANCIALSTRENDS) – Microsoft Corporation (NASDAQ:MSFT) is believed to be close to strike a deal with long standing rival Salesforce.com Inc. (NYSE:CRM), reported Bloomberg, citing people familiar with the talks. The agreement will allow Microsoft’s cloud service customers to use customer management programs of Salesforce.com. Following the agreement, Salesforce’s program will get available on Microsoft’s Azure service platform. In addition, it was also reported that both the companies are discussing the opportunities of integrating data from Salesforce customer management programs into Microsoft’s Office programs. However, Laurie Smith DeJong and Jane Hynes, spokeswomen with Microsoft Corporation and Salesforce.com, respectively, declined to comment.

Microsoft Corporation (NASDAQ:MSFT) officially announced back in 2005 to launch competing customer management programs to give effective fight to Salesforce. Five years later it got aggressive on Salesforce with launch of “Don’t Get Forced,” an ad campaign effectively targeting Salesforce.com. In 2010, Microsoft also alleged Salesforce for patent infringement and filed a lawsuit which was settled later in the same year.

Now, the recent report of Microsoft – Salesforce ties will mark a beginning of new era in strained relationship between these companies. This shift may be because of Microsoft’s strategic focus to make more applications so as to serve its customers with multiple different products.

Satya Nadella, new Chief Executive Officer of Microsoft Corporation (NASDAQ:MSFT) has been keen on bolstering Internet based cloud software and related programs, may be owing to his personal interest and expertise as well as ever increasing significance of cloud platform in recent days. Mr. Nadella has been known for his outreach to many Microsoft rivals. Mr. Nadella also played a critical role in bringing Oracle Corporation (NYSE:ORCL)’s database to Microsoft’s Azure, in a deal that happened last year.