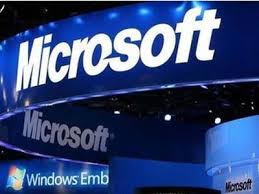 Dallas, Texas 07/10/2013 (Financialstrend) – Microsoft Corporation (NASDAQ:MSFT) announced on Tuesday that the company effectively settled approximately 3625 cases against the company regarding allegations of copyright infringement. As of the end of the fiscal year 2013 on June 30, Microsoft Corporation’s (NASDAQ:MSFT) copyright infringement cases amounted to 3230 in the international markets of 42 countries and 35 in the United States.

The associate general counsel of Microsoft Corporation’s (NASDAQ:MSFT) cybercrime center reported that such counterfeiting cases related to software developments result in highly negative impact on the local and global economic growth of the companies operating in the industry. Since early 2005, Microsoft Corporation (NASDAQ:MSFT) has received around 450,000 complaints from customers related especially to software counterfeiting and to the fact that the operating systems were overwhelmed with viruses, malware or situations in which the software did not work as expected. Among the settled cases was the agreement between Microsoft and the Ningbo Beyond Group, operating in the People’s Republic of China, having allegedly infringed the software company’s copyrights in certain software developed by Microsoft.