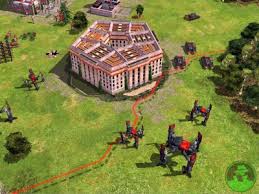 Dallas, Texas 11/15/2013 (Financialstrend) – It was reported yesterday after business close that New Jersey based NanoTech Entertainment, Inc. (OTCMKTS:NTEK) has announced that they have launched  a new high definition media player which is all set to transform the way viewers perceive television. The new media player has been named “Their Nuvola NP-1 4K Ultra HD Media Player”.

The $70.53 million market capped firm has said that it is trying to target the holiday season to launch its sales effort for the niche new media player. Readers should note that traditionally  in the run up to the holiday season and end of the year, electronic and consumer durable players notch up close to 40% of their annual sales and revenue. The firm has also indicated that they have a huge build up in the pre orders for its all in one media player and expects a slight back log in the delivery of the products sold until its production wing picks up the slack.

Trade analysts have pointed out that this penny stock might be ready to pleasantly surprise the market by posting significant gains on the back of the expected big demand for its media player during the holiday season. If the high demand is sustained, analyst believe the firm would be in a position to offer a strong revenue stream guidance, in turn rendering the stock even more attractive.

NanoTech Entertainment (OTCMKTS:NTEK) has announced that it will be releasing its media player as a pre-packaged bundle with the high performance “SEIKI 39-inch 4K Ultra HD TV” and has pegged the sticker price of $699 per unit. Similarly a high end 50 inch wide screen TV bundled with its media player has been priced at a meaty $1199 per unit. In order to continue the build up in momentum and put on store fronts more high margin products, the firm has announced that its 65 inch TV screen models will be released during the beginning of next year.