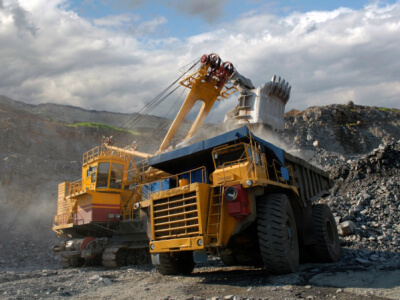 Dallas, Texas 03/12/2014 (FINANCIALSTRENDS) – Newmont Mining Corp (NYSE:NEM) continued trouble with the local population at its Minas Gongas mining reserve in Peru came into full focus recently when the country’s vice president went on record to concede that the company’s effort to restart the mine development activity continued to face stiff resistance from local residents.

The Peru Government leader tried to sound optimistic about the project by pointing out that he hoped that the project would move forward in the near future, as the company continues in its efforts to win over the population by addressing their concerns around environmental degradation.

It is relevant to note here that way back in 2011, Newmont Mining Corp (NYSE:NEM) has been forced to stall its construction at the mine site due to violent protests against fears of water contamination. In order to address those concerns, the mining firm committed to build a water reservoir, which it went on to fulfil in May’13. Even then the opposition to the setting up of the mining plant in that location has been fiercely opposed by the local population, in spite of Government backing the project.

The gold mining firm has also been buffeted by other issues in the past one year. Its production has gone down in the fourth quarter, leading to a huge gap in its cash flow. In the same time period, the price of gold in the market dipped by close to 30 percent, leading to further dip in its revenue. These operational pressures have led to the company taking some hard decisions like letting go of 600 jobs its Ghana mine by the middle of this year. The reasons for this move to let go of employees has been linked to the dip in the productivity of the mine which is on its last legs and the continued slide in the price of gold.