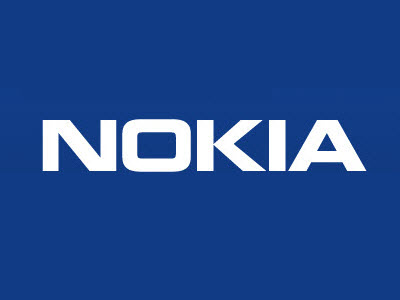 Dallas, Texas 12/10/2013 (FINANCIALSTRENDS) – Nokia Corporation (ADR) (NYSE:NOK), one of the earliest mobile phone makers in the world, known for its ‘niche’ technical features, has lost its market domination post 2009. The Finnish mobile phone maker, which began its corporate journey as a paper-making factory in 1868 in the city called Nokia, before passing on to become an electronics company between 1912 to 1979 happily making Europe’s most sought after Televisions.

By 1979, it had moved to radio-telephone technology, the pre-cursor to cellphone technology, introducing services which were to become part of the first Cellular Phone network- Nordic Mobile Telephone service.. It included devices such as Mobira Cityman used by the likes of Russian President Gorbachev in 1987, bringing GSM network as the European digital mobile technology.

Between 1994 and 2009, Nokia Corporation (ADR) (NYSE:NOK) was pushing the horizons of mobile technology, always including  interesting and different features on its devices from the global market movers. The period between 1998 and 2001, its mobile phones were the largest number sold, recording 500 per cent turn around. The unprecedented surge in mobile phone users through the 90s proved Nokia’s global logistics standards, setting it apart from the other phone makers who moved from one glitch to the next. The first Nokia mobile to offer internet connectivity was the Nokia 7110, which was made in 1999. By 2002, the 3G phones made their debut.

Unfortunately, after 2009 and 2010 Dow Jones Indexing as the top-technology sustainable product, the downslide began, largely due to HTCs Android0based smartphones. By Sept 2009, an ex-employee of Microsoft Stephen Elop was made the Chief Executive Officer.

The sell-out to MSSS!

However, despite a series of new plans, job cuts and more, Nokia Corporation (ADR) (NYSE:NOK) failed to make the turn around. It seemed inevitable, that Elop spin-off the smartphone device segment of Nokia as well as the rich-haul of Intellectual Property that Nokia owned thus far, to his earlier employers, Microsoft Corporation (NASDAQ:MSFT). The deal was completed with $7.35 billion changing hands.

In the meanwhile, Nokia Corporation (ADR) (NYSE:NOK) continued to release its product, now moving from its indigenous OS Symbian to the Microsoft Windows platform.

Now, with the official takeover by Microsoft, the latest Nokia phone Lumia 920 is already the flagship model for Microsoft Windows Phone.

Even as the Microsoft deal was being finalized and sealed, the European Commission has approved the device, after it was placed before its regulatory body, FCC, before market launch.  Earlier Nokia has successful ensured HTC rework its microphone, radio technologies on HTC One device, mounting an acrid patent-infringement assault. Now, it has been successful in getting a ban on HTC One Mini sales in the UK. HTC is expected to make a second appeal soon.

Nokia Corporation (ADR) (NYSE:NOK) is one of the five gainers in the smartphone industry over the first two weeks in December 2013. The highest gainer was Zhone Technologies Inc (NASDAQ:ZHNE), followed by Nokia, following the acquisition by Microsoft Corp. Third top gainer was InterDigital Inc, with Fabrinet and Westell Technologies Inc, running a close four and fifth positions.

With the launch of the new devices under Micorsoft aegis, Nokia Corporation (ADR) (NYSE:NOK) is expected to become a top gainer in the next quarter.

Will Nokia survive the gang?

Though, Android smartphone maker Samsung Electronics continues to dominate the world market, running a close second to Apple Inc’s iPhone and iPad devices, Nokia-Microsoft Windows 8 Pones are expected to make a  final assault to capture more of the emerging market space. Will they survive and have an impact, besides grabbing consumer base, when Google’s Motorola devices, Moto X is also expected to make its presence felt which will play out only in the second half of 2014.