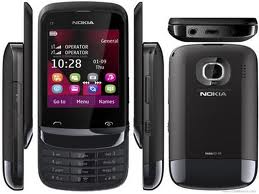 Dallas, Texas 07/12/2013 (Financialstrend) – Nokia Corporation (ADR) (NYSE:NOK) a 150 year old company and once the most dominating mobile phone manufacturers in the world, is now considered to be a struggling company. The company has been in news recently accredited to the rumors of being acquired by Microsoft Corporation (NASDAQ:MSFT). The investor’s main concern is, whether the company would be able to cope with the challenges faced by it in the extreme state of competition within the Smartphone world.

The market share of Nokia Corporation (ADR) (NYSE:NOK) is said to have been down back to only 50% of the market on the whole, both Apple Inc. (NASDAQ:AAPL) and Google Inc (NASDAQ:GOOG), that take over the global Smartphone market by 39% and 52% respectively with substantial growth estimates globally, while Nokia still struggles at 2.5% of its global Smartphone market share.

Nokia Corporation (NASDAQ:NOK) (ADR) plc, was expected to sell about 10 million units in this first quarter of 2013, which it failed to meet. Unfortunately, after Nokia’s declaration of taking over Siemens AG (ADR) (NYSE:SI) in NSN for $2.2 billion and creating its wholly owned subsidiary, called the Nokia Siemens Network. S&P depreciated Nokia’s debt rating to nil, proclaiming that after the takeover, the company might fall out of cash.  This capital intensive mobile-infrastructure joint venture draws a probable ending to the Smartphone arena for Nokia as Siemens was only agreeable to a hefty price which most analyst consider over and above reasonable limit.

Both Nokia Corporation (ADR) (NYSE:NOK) and Microsoft corporation (NASDAQ:MSFT) are already in talks with Finland based Espoo, for a deal operating system technology. Both the companies seem to be going along pretty well together. Nokia recently launched the Lumia series which were incorporated with Windows Operating Systems. Despite a challenging position in the Smartphone market , the Microsoft collaboration and Espoo contract (if finalized) could help the company pitch a recovery cycle as the company is currently selling over 80% of the total volume of Windows-8 phones.

Considering the level of involvement and the synergy between the product lines of the two companies, Nokia is an ideal buyout candidate for Microsoft Corporation (NASDAQ:MSFT). Since it is already losing ground to the technologically abreast product line of its competitors the option of merging with Microsoft appears to be the only bailout available to the company at this point in time.