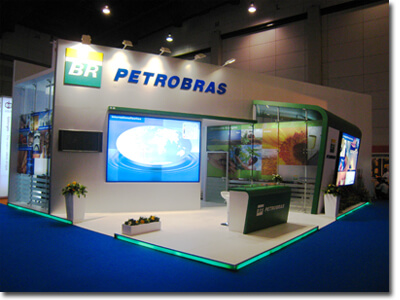 Dallas, Texas 03/11/2014 (FINANCIALSTRENDS) – PetroleoBrasileiroPetrobras SA (ADR)(NYSE:PBR) the Rio-based oil and gas company which has been on a  massive expansion plan, has hit many roadblocks on the way. While it has been paying premium rates to acquire cash to fund its expansion, its efforts will appear to have to double as there was an upheaval on the ADRs. According to reports from the Wall Street journal, many global and overseas stocks playing on the New York stock exchange were found to have dropped share prices, closing low at the end of the trading session. This was due to the drop in the Bank of New York of American Depository Receipts falling by 0.7% to reach 149.85. Besides, most other international indices too reported fall- European Index saw 0.5% drop to 150.90; while the Asian Index saw a drop to 1.1% to 143.25. Later the Latin American Index too reported shed to 1.5% to 251.69. The index for the emerging markets is 1.3% to 22.40.

However,PetroleoBrasileiroPetrobras SA (ADR)(NYSE:PBR)continued on its funding spree by selling overseas bonds to accrue $8.5 billion. The company has been actively involved in borrowing money, which many consider are very high prices. Following the sale of bonds, the company saw a drop in the prices of the stock. The prices fell by over 2% reaching $10.68.

Net income for the company was reportedly at BRL 23.6 billion, a rise by over 11.3% over previous full year financial inflow.  The stock also opened at $11.15 at the start of the session for this overseas stock.

PetroleoBrasileiroPetrobras SA (ADR)(NYSE:PBR) has been one of the better performing overseas oil and gas companies on the stock market and continues to shape the industry, back home in Brazil.