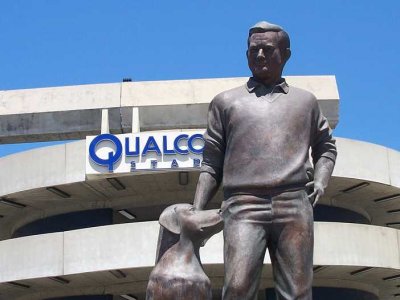 Dallas, Texas 12/23/2013 (FINANCIALSTRENDS) – QUALCOMM, Inc. (NASDAQ:QCOM) today declared that its directors has collectively sanctioned a succession proposal for executive management of the firm.

From December 12, Steve Mollenkopf has been promoted to CEO-elect of Qualcomm, and nominated to its Board of Directors. He will carry on serving as the Company’s President.

From March 4 next year, accompanying the firm’s 2014 yearly conference of investors, Mollenkopf will become CEO. In this new position, Mollenkopf will take up overall responsibility for the company, comprising all lines of biz and all purposeful groups in the firm. On March 4, next year, Dr. Paul E. Jacobs will take on the position of Executive Chairman, helping guide progress of novel technology and the company’s long-term chances.

Steve had been in row to finally succeed chief executive officer Paul Jacobs, but that proposal got accelerated in order to keep the senior administrative from quitting, Jacobs added.

“Our executive directors are brilliant and really sought after,” Jacobs also stated.

Jacobs and Mollenkopf refused to specifically talk about Microsoft or whether Mollenkopf had a job offer from the globe’s biggest software firm, which is in search of an applicant to replace retiring chief executive officer Steve Ballmer.

The company declared that its wholly-owned arm, Qualcomm Technologies, Inc., has rolled out the Qualcomm® Snapdragon(TM) 410 chipset with incorporated 4G LTE World Mode. The novel Snapdragon 410 chipsets are made utilizing 28nm procedure technology.

The company appreciates the thought of the connected car, although Citi analysts believe it won’t have as big of an impact on the firm as China Mobile’s launch of 4G LTE technology will.