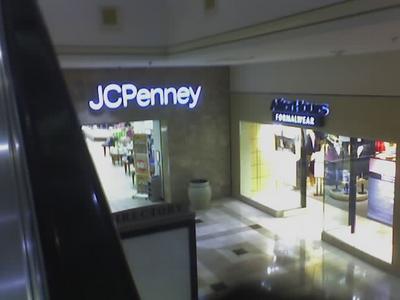 Dallas, Texas 12/06/2013 (Financialstrend) – J.C. Penney Company, Inc. (NYSE:JCP) seems to be on a recovery path after it went back to its old strategy of the holiday playbook. With Mike Ullman at the helm, the company has been doing well for itself in this holiday season and had opened shutters early over this Thanksgiving just like many other of its competitors did. This year has not been a very happy or bright one for most retailers and every one of them have been looking forward to the holiday season.

This is the one time of the year when customers loosen their purse-strings. Though the shopping frenzy has not been unbridled in 2013, the season got off to a good start and promises to be profitable one for the retailers. J.C. Penney Company, Inc. (NYSE:JCP) reported a 10.1% rise in the same-store sales in November, in comparison to the sales in the same period of 2012. There was some positivity in growth even in October when the company experienced a growth of 0.9% and moved into positive territory for the 1st time since 2011 December.

It said that it has continued to gain muscle in it online sales and is sprinting well-ahead of the speed at which it was moving at in 2012. Ullman said that they are pleased with their performance so far. This is especially heartening keeping in view that customers are still holding back on their spending even as the economic climate in the country does not really encourage consumer spending. He also added that the addition of private labels like Modern Bride and St John ’s Bay added some fuel to the demand that was already looking brighter than what it was last year.

The change that didn’t work

The CEO said that this is just the first step. Analysts are saying that it will take some time for them to prove that the company is not sacrificing its profits for sales. The sales gain that the company is backed by the hearty sales reports that came in on Black Friday. Ullman had switched over to the company’s wining traditional sales strategy where in heavy discounting was used to attract customers.

The change that Ron Johnson had brought in has alienated a large percentage of the retailers’ customers and his missteps had literally led the company into the storage room. Customers did not take too well to the changes in pricing and merchandising last year and the company had seen a drastic drop in its sales figures as well as in profitability.

For the  Black Friday sales, apart from having its standard  door-buster specials, the company also  discounted gift-card purchases, and gave away a $25-off  coupon with a buy of  4-pack of Penney gift-cards that totaled  $100 or more. The company’s popular in-store Sephora boutiques also participated in these sales events, and discounted some products even at 50% . Analysts are saying that these first steps have been in the right direction and have set a good path for the future for J.C. Penney Company, Inc. (NYSE:JCP)