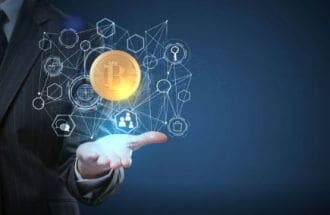 Riot Blockchain Inc (NASDAQ:RIOT) reported that its Annual Meeting of Stockholders planned for December 28, 2017 was deferred to achieve a quorum on the plans to be approved. This meeting has been delayed to February 1, 2018, to enable additional time for the firm’s stockholders to vote on plans to approve the below mentioned.

The proposals, as stated by Riot Blockchain, were to elect as directors the candidates mentioned in the proxy statement; to approve the engagement of EisnerAmper LLP as their independent public accountant for the year closing December 31, 2017; to counsel company as to whether it can approve the compensation of their named executive officers; and to permit an amendment to the firm’s 2017 Equity Incentive Program to enhance the reservation of common stock for release thereunder to 1.645 million shares from 895,000 shares.

During the adjournment period, Riot Blockchain will remain to solicit proxies from its shareholders with respect to the plans established in the proxy statement. Merely stockholders as of record date December 11, 2017, are eligible to and are being invited to vote. If a shareholder has earlier filed its proxy card and doesn’t intend to change its vote, no added initiative is needed by such stockholder.

No modifications have been done in the proposals to be voted on by shareholders at the Annual Meeting. The firm’s proxy statement and other materials, if any, submitted by the firm with the SEC will be unchanged and can be seen at the SEC’s website. Riot Blockchain encourages all shareholders that have not yet chosen to vote their shares by January 31, 2018.

In the last trading session, the stock price of Riot Blockchain gained more than 4% to close the day at $28.40. The gains came at a share volume of 4.75 million compared to average share volume of 3.98 million.