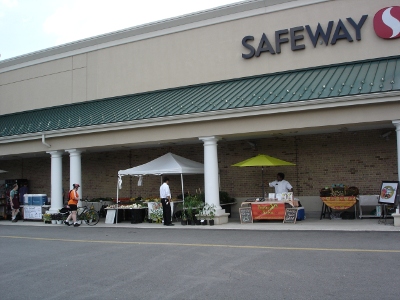 Dallas, Texas 03/07/2014 (FINANCIALSTRENDS) – Safeway Inc. (NYSE:SWY), which had announced that it would like to see itself taken by bigger companies in February, appears to have found itself a worthy partner. The company which is based in Pleasanton, California has been struggling in the face of competition. It had in fact, shed some of the non-performing assets, such as its Chicago-based Dominick stores and much of its Canadian operations.

Safeway Inc. (NYSE:SWY) which owns Vons stores has now announced that it has signed a definitive agreement with AB Acquisition LLC, which is controlled by Cerberus Capital Management LP. Safeway Inc will be acquired by Albertsons for $7.64 billion in cash. The overall value of the transaction is at $9 billion. It is expected that by consolidating, in the overly-competitive supermarket   segment, Safeway Inc, will be able to achieve success. In the meanwhile, the acquisition of Harris Teeter by competitor Kroger Co, has been making the news.

According to Bob Mller, the Chief Executive of Albertson, the deal with Safeway Inc. (NYSE:SWY) will now allow the former to reach customers across locations as well as several different regions of the country. It is expecting to see higher cost savings as well as low-priced offering to customers. The key, according to Miller is to reach the people using the store and bring out products which are in tune with their requirements. Another focus for the new retail service would be to bring in higher efficiency to their services.

Both companies will close the deal in the last quarter of 2014. The deal is now pending shareholder approval as well as federal consent for Safeway’s share purchase.