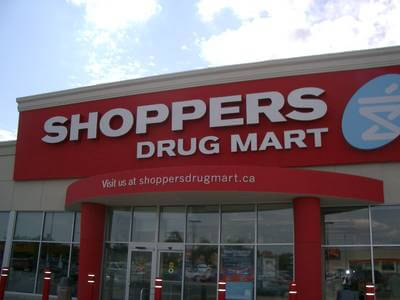 Dallas, Texas 05/30/2014 (FINANCIALSTRENDS) –Now that he Loblaw Cos acquisition of Shoppers Drug Mart Corporation (TSE:SC) is complete, the largest retailer in Canada has started the process of now integrating the 2 brands, & has announced the changes that it hopes will also revolutionize the retail operations and will allow it to thrive in the cutthroat competitive market. The latter could very soon start selling the fresh food, said Galen G. Weston, the chairman of Loblaw. This pharmacy chain, that has been selling non-perishable as well as many refrigerated foods in certain locations, will now also run its pilot project at 6 different Toronto locations and will sell the ready-to-go meals as well as fresh foods like fruit.

Now, Loblaws is also preparing to go right in line with other retailers such as Amazon & Walmart by launching the online food store. Amazon had launched the Canadian online grocery store over last fall, and Walmart has announced its plans for 35 of its new super- centers across the nation, that have a very huge grocery section in addition to the household goods & the clothing that the retailer sells at its other locations. Loblaw also says that towards the latter part of 2014, it will launch the test website which will offer its “click and collect” services.

The shoppers will be able to then order groceries online and pick them up at a closest Loblaws location/ even a Shoppers Drug Mart Corporation (TSE:SC) location. When this Loblaw acquisition of SC has been announced in 2013, the analysts had said this supermarket chain will be using the presence that Shoppers Drug Mart has in city cores as well as in the small neighborhoods to now expand into the areas where it is not possible to build very large supermarkets. Introduction of the fresh foods to Shoppers Drug Mart Corporation (TSE:SC) locations & the use of these locations is the final strategy