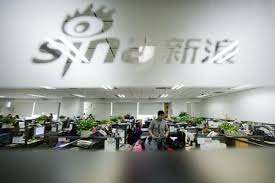 Dallas, Texas 05/27/2014 (FINANCIALSTRENDS) – SINA Corp (NASDAQ:SINA) shares touched a new 52-week low in Friday’s trading after the analysts at the Deutsche Bank axed their PT on the company stock from $87.00 to $60.00. The company even traded down to $42.40 & it last traded at $45.18. Recently, many other analysts have commented on the company stock. Piper Jaffray analysts have axed their Pt on the SINA shares from $95.00 down to $65.00 in the research note released to investors. Separately, the analysts at ING also cut their PT on shares of the company from $100.00 down to $65.00 in the research note last Thursday.

SINA Corp (NASDAQ:SINA) last released the company’s earnings data on May 21st. It reported per-share earnings of $0.15 for the quarter, and topped the average analyst projection of $0.12 a share. The company reported revenues of $167.3M for the quarter that ended on March 31, and recorded more than 37% growth over the previous year’s quarter. It also topped the average analyst projection by a little over $2 million. SINA reported its ad revenues of $135.7M for the quarter, which was towards the higher-end of the previous guidance of $136M. The ad revenues increased by 44% y-o-y & the non-ad revenues also rose 13% YoY. The total sales reached $35.8 million, which topped SINA’s guidance of $31M.