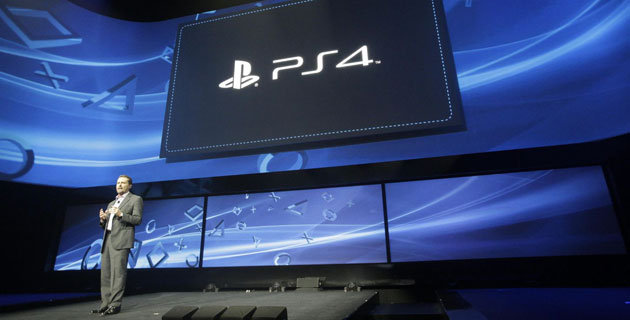 Sony plans to use its PlayStation 4 as a platform to return to glory. Over 300 million PlayStations were sold through its first 3 generations. Sony created a new form of video gaming with the device and generated huge profits. The PS4 launched on Wednesday is an attempt by Sony to return back to those glorious days.

Sony has promoted the PS4, the first new PlayStation in 7 years as a Supercharged PC. The new video game console features a powered-up 8-core processor for handling highly complex jobs at the same time. it features improved graphics, play games during download, and a sophisticated controller that looks like a stereo camera for sensing the depth of frontal environment.

However, Sony wittingly didn’t display the console during the presentation, and released no information about the launch date or price.

Sony claims that the new PS4 would help add more social elements to all the serious games. It would allow players to broadcast their game play, and even get their friends to jump into the games and help. In addition, players would also be able to record their play and send across to friends.

Today, most of the video game entertainment has moved onto smart devices and the Web, as they are cost-effective, faster and easy. Relatively, the new Wii from Nintendo, launched in November, didn’t fare well on the market. Xbox from Microsoft is growing at a fast pace to grow out of the game console profile to become a home entertainment center.

During the Wednesday’s presentation, Sony’s Chief Executive, Andrew House said that the event was a bold step for the popular game console. PS4 represents a major shift in the perspective that PlayStation is a console, as the new product attempts to change it to becoming the authority in playing.

According to analysts, PlayStation 4 would have a difficult time to match the claims. The 2012 sales figures for the overall console-market was 34 million compared to the 2008 figure of 55 million units. This was reported by the research company I.D.C., and according to its research manager – video games, the 2014 figures are expected to rise to over 44 million.

According to him, the de-growth in sales of consoles is attrition to other gaming options like PC tablets. However, the drop is also attributed to the economic recession of 2008-09 after which a significant percentage of people were unable to purchase a console.

The trend can be seen in the financial results of Sony. The electronics major has show loss of revenue for the last 3 years, not just in the sales of consoles, but also in other electronic segments.