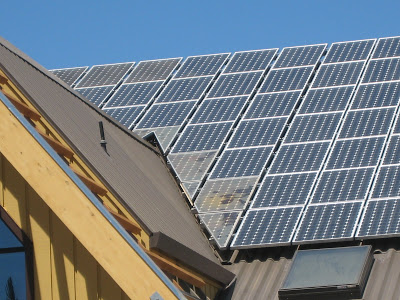 Dallas, Texas 09/20/2013 (Financialstrend) – On September 19, the company announced the closing of its 30 million common stock sale offer on September 18. The offer price per share had been fixed at $7.25 per share. The underwriters also have the option to purchase an additional 4.5 million shares.  As proceeds from this transaction, the company announced that it had raised $239 million which it intends to plough back into its operations and expansion plans.

Sunedison Inc (NYSE:SUNE) shares are trading at $7.90 as of close of business on September 19. It was slightly up from its previous day close of $7.85 by 0.64%. It has a market capitalization of little over $2 billion. The company stock has outperformed both the Dow Jones industrial index (which dipped by 0.26%) yesterday and the technology index which appreciated by 0.19%. A total of 5.16 million shares were transacted through the day.  The share is trading 24% down from its prior 52 week high valuation and was up 267% from its 52 week low price of $2.15 it had hit in November’12.

In a related development, on September 9, the company had announced its intention to sell part of its stake in a recently created subsidiary which was concentrating on the semiconductor business. The company hopes to offer this IPO around March’14 time frame and expects to roughly generate $250 million. On the same day the company also announced the ending of its supply agreement with Evonik Industries which it had entered into in September’12 for procuring silicon tetra chloride.  Due to this early termination of contract, the company is liable to pay Euro 7.6 million  to Evonik as termination fee. It is important for readers to note that SunEdision Merano facility and the TCS plant had stopped production  activities. The restarting of the same is dependent on the resolution of cost related concerns that the company has taken up with Italian government.